I am a scholar of the trans-Reformation period. My research examines the literary works of exiles from the fourteenth to the seventeenth centuries and how those works influenced and reflected early modern literary culture. My scholarship contributes new theories regarding the growth of polemic as a genre and its importance for the idea of the “nation-state” that developed in the sixteenth century. At the heart of my research is a new critical category that I call the “mind of exile,” a cognitive phenomenon that influences textual structure and metaphorical usage, as well as individual and national identities. My dissertation also identifies the genre of “polemic chronicle,” hybrid literary polemics that deploy the conventions of chronicle in order to declare a personal and/or national identity. My work also contributes to Spenserian studies by building on established scholarship exploring the hybrid poetical and polemical writings of Edmund Spenser. This includes fresh critical readings of A View of the State of Ireland and Colin Clouts Comes Home Againe. Both texts represent, I argue, proto-colonial literature influenced by Spenser’s mind of exile that explore England’s new position at the end of the sixteenth century as a burgeoning imperial power. In sum, my work examines and clarifies the importance of a very significant category of national formation and nationalist subjectivity – the individual experience of national exile as filtered through literary consciousness. 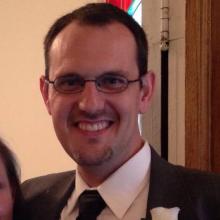