M. A. and Ph.D., Vanderbilt University

A. B., Dartmouth College

My new book, Shakespearean Adaptation, Race, and Memory in the New World, was published in 2021 by Palgrave Macmillan. It explores my particular fascination with how race appears in early modern drama and how it can function in post-Renaissance responses to Shakespeare's plays and poems. In 2018, I was elected a trustee of the Shakespeare Association of America, and I'm a member of the editorial boards of the journals Shakespeare Studies and Borrowers and Lenders: The Journal of Shakespeare and Appropriation, as well as of two book series, Palgrave Shakespeare Studies and Cambridge Elements in Shakespeare and Text. This year, I'll be beginning a term on the executive committee of the Adaptation Studies Forum of the Modern Language Association, and I'm also in the process of editng two early modern plays: Aphra Behn's Abdelazer, for the Other Voice in Early Modern Europe series from University of Toronto Press, and my favorite Shakespeare play, Antony and Cleopatra, for Cambridge Shakespeare Editions.

"Universal Shakespeare? Shakespeare and the Poetics and Politics of Relevance." Huntington Library, May 2022. 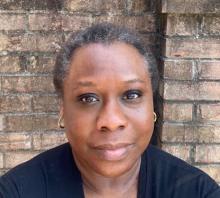