Jonathan Allison specializes in modern British and Irish literature and his main research interests are in modern poetry, especially W.B. Yeats and the Revival, Louis MacNeice and the Auden generation, and Irish literature since 1945.  He teaches courses on twentieth-century writing, and the Survey of British Literature, 1750-2000.

Allison's annotated edition of Letters of Louis MacNeice (Faber and Faber, 2010) was named a 2010 'Book of the Year' by the Times Literary Supplement. In 2014, he gave the BBC Louis MacNeice Memorial Lecture at Queen's University, Belfast. He has edited several essay collections, including Yeats's Political Identities (University of Michigan Press, 1996), Poetry and Contemporary Culture, with Andrew Roberts (Edinburgh University Press, 2002) and Bound for the 1890s (Rivendale Press, 2007). His essays have appeared in many journals, including Colby Quarterly, Critical Survey, Sewanee Review, South Atlantic Review,Yearbook of English Studies, Yeats: An Annual of Critical and Textual Studies. He previously taught at University College London and the University of Michigan and has worked as an editorial assistant with the London Review of Books. He has been Fellow at the Institute for Advanced Studies in the Humanities, University of Edinburgh. A former Director of the W. B. Yeats International Summer School, Sligo, he contributed to the documentary film The Passions of William Butler Yeats, produced by Lucasfilm. 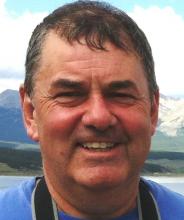