year of the middle east

Professor Joel Gordon will explore the depiction of ‘normative’ religious practices and personal expressions of religious identity in recent Egyptian movies with a particular focus is on Egyptian youth.  Whereas in the past signs of piety had been restricted to either ‘traditional’ Egyptians – often in comic fashion – or political extremists, a few recent films have dared to depict ‘normal’ veiled women and bearded men and even a social environment in which questions of piety, morality and proper behavior dominate the discussions, concerns and conflicts between young Egyptians.  These films may point to a growing willingness by film artists to honestly explore social trends that have been taboo, especially as Egypt enters a new political era.

One of the most respected American scholarly authority on Islam, John L. Esposito, visited the University of Kentucky Wednesday, September 10, 2014, to discuss “The Future of Islam: Assessing the Elements of Reform, Revival, and Fundamentalism in the Muslim World,” at the Singletary Center Recital Hall.

One of the most respected American scholarly authority on Islam, John L. Esposito, will visit the University of Kentucky Wednesday to discuss “The Future of Islam: Assessing the Elements of Reform, Revival, and Fundamentalism in the Muslim World.” The community is invited to attend his presentation at 6:30 p.m. Wednesday, Sept. 10, at the Singletary Center Recital Hall.

The Middle East: Crossroads of the World

This year's Passport to the World will engage the campus community in crucial global conversations through public lectures, cultural events, coursework and travel opportunities.

“The Arab World and American Democracy”

“Specters of War” examines the influence of post-9/11 American military interventions in the Middle East on the production of both American and Arab literature. Focusing on images of ghosts, spectral illusions, the undead and the undying, the talk attempts to locate zones of inter-textual contact where contemporary American and Arab literary voices move past mutual redactions and engage one another’s respective cultural realities. The goal is to both introduce Arab literary voices into the conversation about America’s presence in the Middle East and to interrogate the haunting presence of the Middle East in contemporary American literature.  Works discussed will include Ali Bader’s The Tobacco Keeper, Hassan Blasim’s The Corpse Experiment and Other Stories of Iraq, Mohamedou Ould Slahi’s Guantanamo Diary, Theo Padnos’s “My Captivity,” Phil Klay’s Redployment, and Ross Ritchell’s The Knife.

“The Arab Spring: The Youth Revolts of the Arab World Aren't Over

The youth revolts of 2011 and after in the Arab world have permanently changed the face of the region.  While most observers have mainly interpreted them through the lens of high politics, this talk argues that the big story here is the rise of a new generation of young Arabs, the Millennials, who have innovated in grassroots organization (including, but not limited to new ways of using social media for politics).  It is too soon to know thow he political struggles that they initiated will end.  But it is certain that a new generation, with distinctive values and aspirations, has announced its arrival on the scene.

This lecture will examine the historical foundations of U.S. relations with and approaches to Iraq that influence the dynamics of the current events and crises in that country and its region. 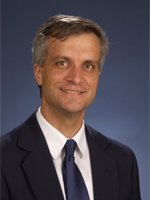 Professor Hahn’s research has been supported by the J. William Fulbright Foreign Scholarship Board, the National Endowment for the Humanities, the Truman Library Institute, the John F. Kennedy Library, the Lyndon Johnson Foundation, the Eisenhower World Affairs Institute, the Office of United States Air Force History, and the U.S. Army Center of Military History. He has lectured across the United States and in Canada, Britain, France, Switzerland, Norway, Germany, Austria, Russia, and Israel.

Professor Hahn is committed to undergraduate and graduate instruction. In collaboration with Ohio State colleagues, he has advised or co-advised more than two dozen doctoral dissertations in U.S. foreign relations history and has helped to launch new undergraduate study abroad programs on World War II and its impact on the modern world.

Since 2002, Professor Hahn has served as Executive Director of the Society for Historians of American Foreign Relations, a professional society of some 1,600 members in four dozen countries.  In 2010, Governor Ted Strickland appointed Professor Hahn to a five-year term on the State of Ohio’s War of 1812 Bicentennial Commission. Professor Hahn served as associate editor of Diplomatic History in 1991-2002.

Get Your Passport Ready: Jan Fernheimer & Paul Chamberlin Introduce the Year of the Middle East

The University of Kentucky's Passport to the World series is entering its fifth year and with that anniversary comes a number of exciting announcements. This upcoming year the program will highlight an entire region - the Middle East.