Gender and War- Invisible Heroes: Women in World War One, the Case of Romania

Year of Europe Film Screening: The City Below (Germany/France) 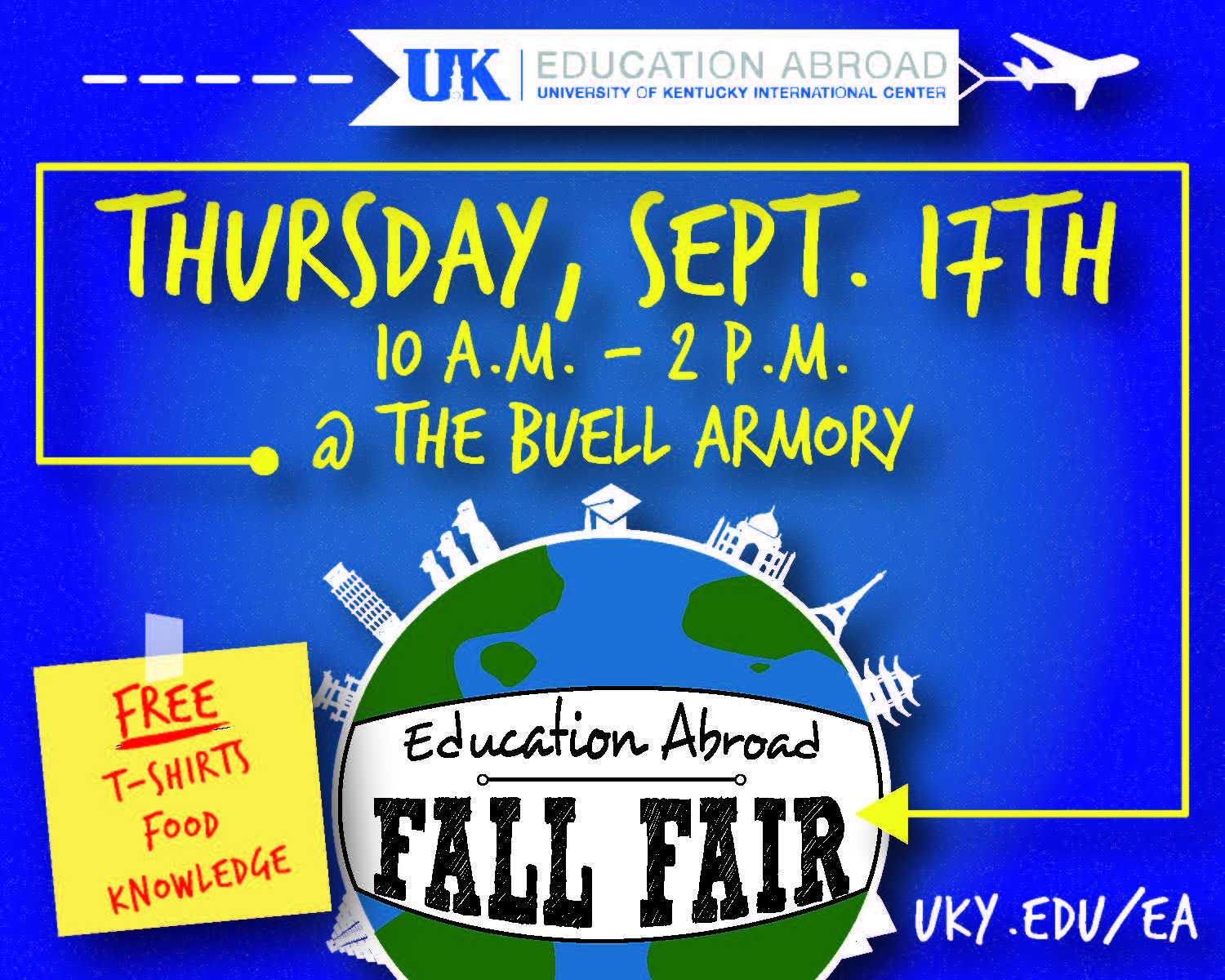 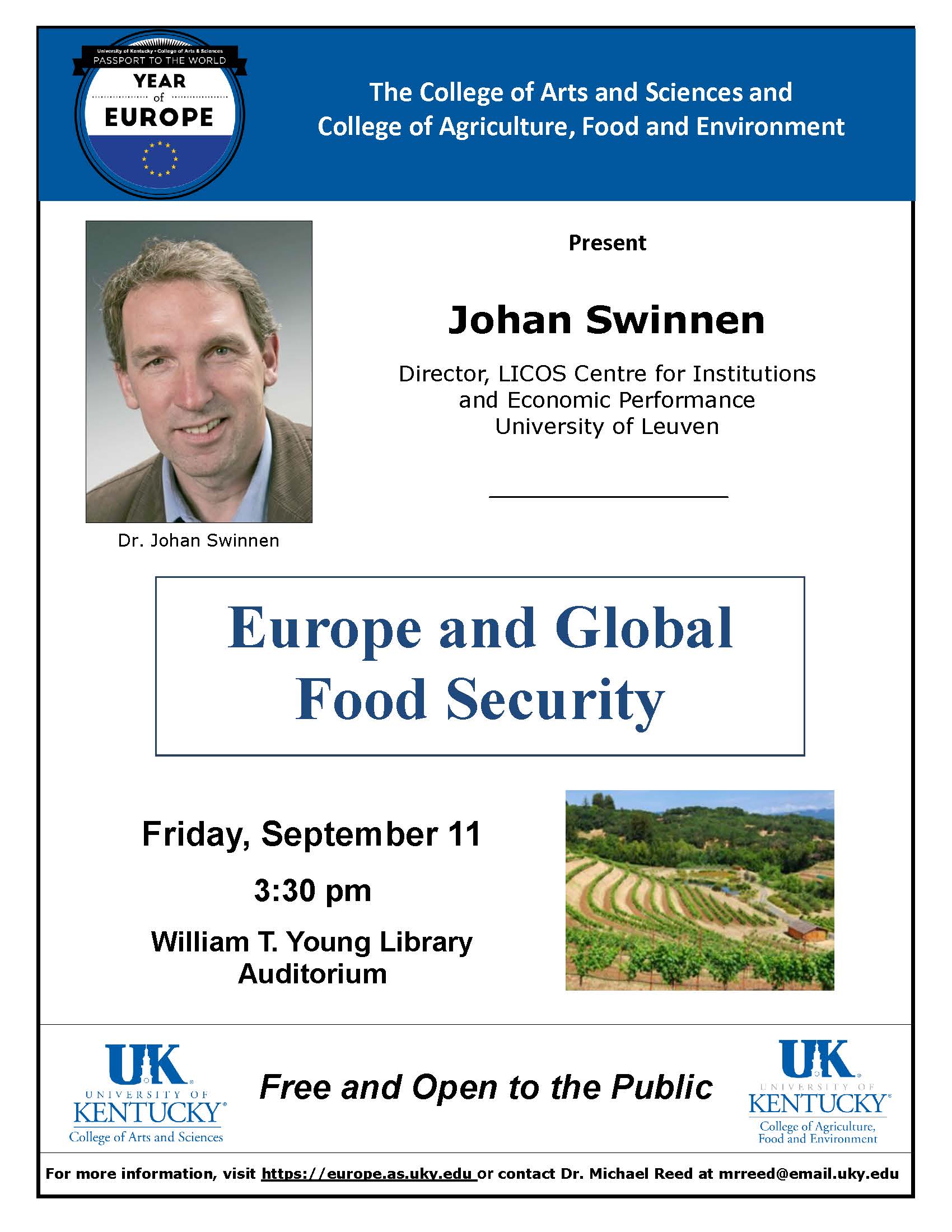 "The Class" will be presented and discussed with / by Professor Leon Sachs of French.

Year of Europe - German Film "The City Below"

Basque, a minority language spoken in a region straddling the border between Northeastern Spain and Southwestern France, has fascinated linguists and nonlinguists alike for centuries. Part of the mystique surrounding the language is the perception that it is an 'old language': it is an isolate with no demonstrable genealogical relationship with any other language, and has been spoken in the Basque Country for over 2,000 years, a surprising fact given its minority status. This puzzlement about Basque has led many to look for connections to languages spoken in places as far apart from the Basque Country and each other as the Caucasus, India, and North America, or to claim that Basque is the remnant of a language family that was spoken in a much larger area than it is now.

One of the goals of this talk is to demystify Basque, concentrating on a fact often overlooked by those not familiar with the language, namely, that it has been in continuous contact with other languages, especially with Latin and its descendant Romance languages for the last 2,000 years or so. This contact situation has had profound effects, both on the language itself and on its social status, as well as on our scholarly understanding of the structure of the language. On the one hand, the study of the influence that Latin and Romance languages have had on Basque has been one of the main tools that have allowed Basque linguists to elucidate certain aspects of the structure of the language as it was spoken about 2,000 years ago, a scholarly accomplishment that would probably not have been possible if Basque hadn't been in such a contact situation. On the other hand, it would be impossible to understand the current situation of Basque as a minority language without an understanding of its relation to the majority languages spoken in the Basque Country (Spanish and French).

Public Lecture: "The Romani People and Their European Context"

Although the Romani language originated in India, it took its definitive shape in Europe. In this sense, the Romani people are as European as many other peoples who arrived in Europe during the Middle Ages, such as the Hungarians. This lecture will discuss the history and cultures of the Romani people and their place in discourses of Europe and nationhood.

From the mystique of the Arthurian Romances with its knights, swords and Camelot, to the scenes of contemporary Neo-Druids holding their white-robed ceremonies at Stonehenge, or the macabre images of the Wicker man, burning to propitiate the ancient gods, the Celts have about them an aura of the mysterious, the romantic, the sinister. Even among linguists the Celtic languages have something of a reputation for being "exotic" with their strange word orders and initial consonant mutations. Yet the current social status and future prospects of the Celtic languages are far less romantic and exotic, for indeed, like many or even most of the minority languages of the planet, the Celtic languages are all endangered, to one degree or another, as their speakers embrace a present and future that looks more successful through the lens of English or French. In this talk we will explore some of this ground together, from the record of the Celts in Antiquity to the current position of their languages as endangered languages of western Europe.

Seminar Series: "The syntactic and postsyntatic derivation of agreement: Basque and beyond"

Recent work on agreement has uncovered evidence that morphological properties of sentences (such as syncretism) interact in non-trivial ways with agreement relations. In this talk, I provide an analysis of this type of interaction between morphology and agreement in terms of a two-step theory of agreement. Adopting the terminology in Arregi and Nevins 2012, we can refer to these as Agree-Link, or the syntactic establishment of an Agree relation between Probe (agreement target) and one or more Goals (agreement controller(s)), and Agree-Copy, or the postsyntactic copying from Agree-Linked Goal(s) onto the Probe. Evidence for this split of Agree into two separate steps comes from the fact that they can be derivationally intercalated by postsyntactic operations such as Linearization in Hindi and Slovenian (Bhatt and Walkow 2013, and Marusic, Nevins and Badecker 2015) postsyntactic morpheme displacement (cliticization) in Bulgarian (Arregi and Nevins 2013), and Vocabulary Insertion (exponence) in West Germanic (van Koppen 2005).

I offer evidence for this two-step analysis of agreement from a different empirical domain, namely, the interaction of agreement with case syncretisms due to postsyntacic impoverishment (in the sense of Distributed Morphology) in Indo-Aryan and Basque. In both cases, variation in the possibility of agreement with oblique case-marked arguments (ergative in Indo-Aryan, dative in Basque) is due to a uniform establishment of syntactic Agree-Link relations, coupled with dialect- or language-particular differences in the application of Agree-Copy and its derivational interaction with postsyntactic impoverishment rules.

The interaction of agreement and case syncretism in these languages converges with other phenomena in arguing for a strongly derivational theory of Agree in which the latter is established in two steps, the second of which is postsyntactic and can interact in different derivationally defined ways with other postsyntactic operations. The variation found is thus largely reduced to familiar feeding and counterfeeding interactions among operations in a derivational theory.