Rebuilding the Block Lecture to Focus on History, Leadership 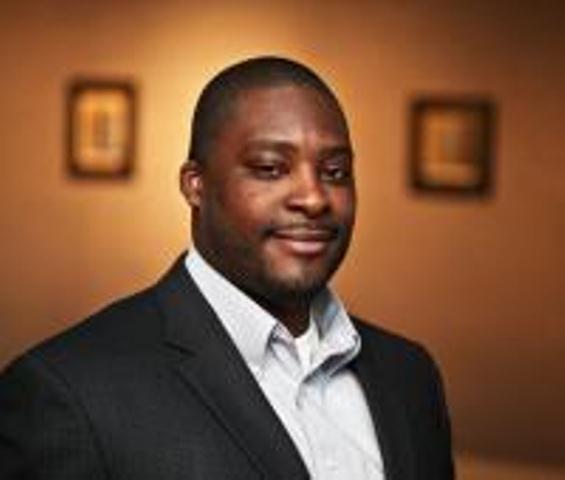 Jakobi Williams, professor in the UK Department of History and in the African American and Africana Studies Program, will present the next lecture in the "Rebuilding the Block," S.T. Roach Community Conversation series, at 11 a.m., on Saturday, April 14, at the Lyric Theatre.

The "Rebuilding the Block" series is a seven-month sequence of public lectures, led by UK experts and focused around the theme of African-American males. Held at the Lyric Theatre in east Lexington, the conversations are broken into sub-themes, each presenting relevant issues in a particular expert's field that relate to black men.

Frank X Walker, associate professor in the Department of English and the African American and Africana Studies Program, has led the effort to develop these dialogues. Walker said that the series will play a role in rebuilding the east-end community, given UK's proximity to the area.

Williams said that he will focus his upcoming lecture on leadership, using the history of the original Black Panther Party — distinct from the current group, which coined the same name — as a foundation.

An organization that aimed to uplift the community and empower leadership, the original Black Panther Party built itself upon class solidarity that transcended race. Williams said that the group offers many crucial lessons, still applicable today.

"This group, the Black Panther Party, was led by African Americans, but established coalitions with Appalachian whites, Puerto Ricans, Asians and other middle-class young white communities," Williams said.  "So I want to put to bed some of these stereotypes that the group only focused on race."

Williams also said that the average age of the Black Panther Party members was 19; most Panthers were college students.

"I'm going to speak a lot about leadership and youth," Williams said. "These kids began to take control of the reins of their communities and became leaders, so that's what I want to show."

Showing never before seen photos that he accumulated while researching and writing his upcoming book, "From the Bullet to the Ballot: The Illinois Chapter of the Black Panther Party and Racial Coalition Politics in Chicago," Williams will literally display the history of the organization that considerably affected American history and youth empowerment.

The organization succeeded in creating multiple programs, which the government later adopted, by mobilizing grass-roots movements. Free lunch and breakfast programs; free clinics; busing; and co-ops are just a few examples of current programs that did not exist prior to the Black Panther Party's efforts.

"There are a number of things that exist now that didn't exist then, as a result of the work that these kids did," Williams said. "There is a long list of staples in our community that we now take for granted, that didn't exist before; we need to acknowledge the Black Panther Party for starting such programs."

Williams also said he would emphasize the difference between the original organization and the current group with the same title.  He said the current Black Panther Party is a hate group, while the original party had little to do with race, but instead revolved around class solidarity, community engagement and betterment.

With community as his underlying theme, Williams' lecture will affirm the importance of leadership in black males specifically, but in all other segments of the population as well.

"I think the S.T. Roach Community Conversations series is a great program," Williams said. "It creates a bridge between the community and the campus. From my perspective as an academic, our work is supposed to enforce, address or relate to issues affecting the communities which we study. So this series is an example of that reciprocity."

Williams also said the Lyric's location in east Lexington is an important factor in the series' significance.

"I'm very on board for those kinds of efforts, mainly because what we talk about — if you look at all of the titles in this series — they reflect real issues taking place in the east end where the Lyric is located, the issues that that community has to deal with," Williams said.

As the adviser of four student groups and an active member in several community organizations, Williams said he hopes similar efforts, such as those behind the "Rebuilding the Block" series, continue.

"We hope to expand these efforts in various ways so that the organizations on campus, colleges, departments and others, can also make these kinds of efforts," said Williams. "Many of them already are."