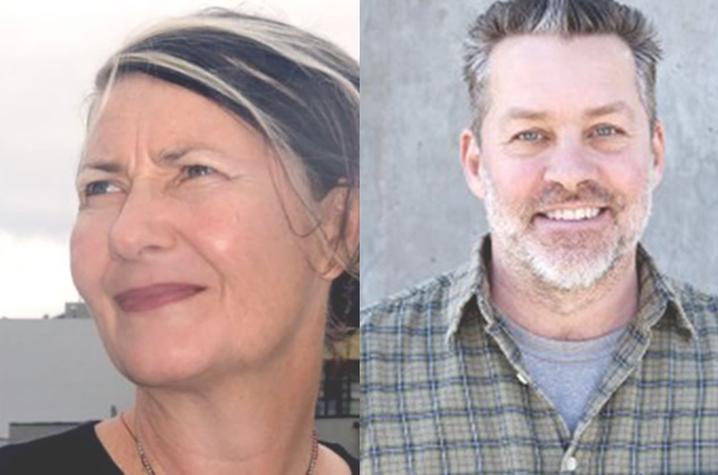 The panel presented by UK Art Museum will be from 6 to 7 p.m. Thursday, Oct. 6, at the Singletary Center for the Arts Recital Hall. This event is free and open to the public.

A native of Lexington, McCarty is a visual artist who is based in New York. A professor at New York University, she is widely known for her drawings, which she uses as a method of activism, chiefly surrounding AIDS. As an activist, McCarty has performed multiple public interventions using her art to advertise for her leading cause. Through these interventions, she has been able to put pressure on community decision-makers and helped bring awareness to the experiences of gay and lesbian communities.

McCarty's work has been featured in multiple art institutions across the nation including the Brooklyn Museum, the Museum of Modern Art in New York and the Museum of Contemporary Art in Los Angeles.

Reece studied at UK and went on to write "An American Gospel: On Family, History and the Kingdom of God" and "Lost Mountain: A Year in the Vanishing Wilderness." His work has been featured in Harper's, Orion, The Oxford American, The New York Times and others.

Reece works as an English professor at UK in the Department of English and is affiliate faculty in the Environmental and Sustainability Studies Program and Appalachian Center. His new book, "A Theory of Grandeur," recollects the tale of Charles Darwin and his journey through the Galapagos Islands.

The “Thicker than Water” exhibition raises questions about memory, legacy, and the complex space that exists between nature and nurture. The show includes a monumental drawing that features male and female caregivers who nurse, comfort and communicate with several chimpanzees. The humans are partially nude, reducing the differences between themselves and the chimps, and suggesting a clear lineage and inter-species intimacy. This exhibition is the first time McCarty is exhibiting in her hometown.

For more information about this event or the exhibition, visit https://finearts.uky.edu/art-museum.