(May 8, 2014) — After an outstanding career with the University of Kentucky rifle team, Emily Holsopple has been awarded a $7,500 part-time or full-time postgraduate scholarship at a university or professional school by the NCAA Postgraduate Scholarship Committee.

"It's a great honor to receive this scholarship and I owe thanks to many people for helping me along the way," Holsopple said. "I truly appreciate Mr. (Mitch) Barnhart nominating me for the scholarship, as well as Mr. (Joe) Sharpe and Robin Cooper (UK biology professor), for helping me throughout the application process, and, of course, I am thankful for all that Coach (Harry) Mullins has done for me over these past four years." 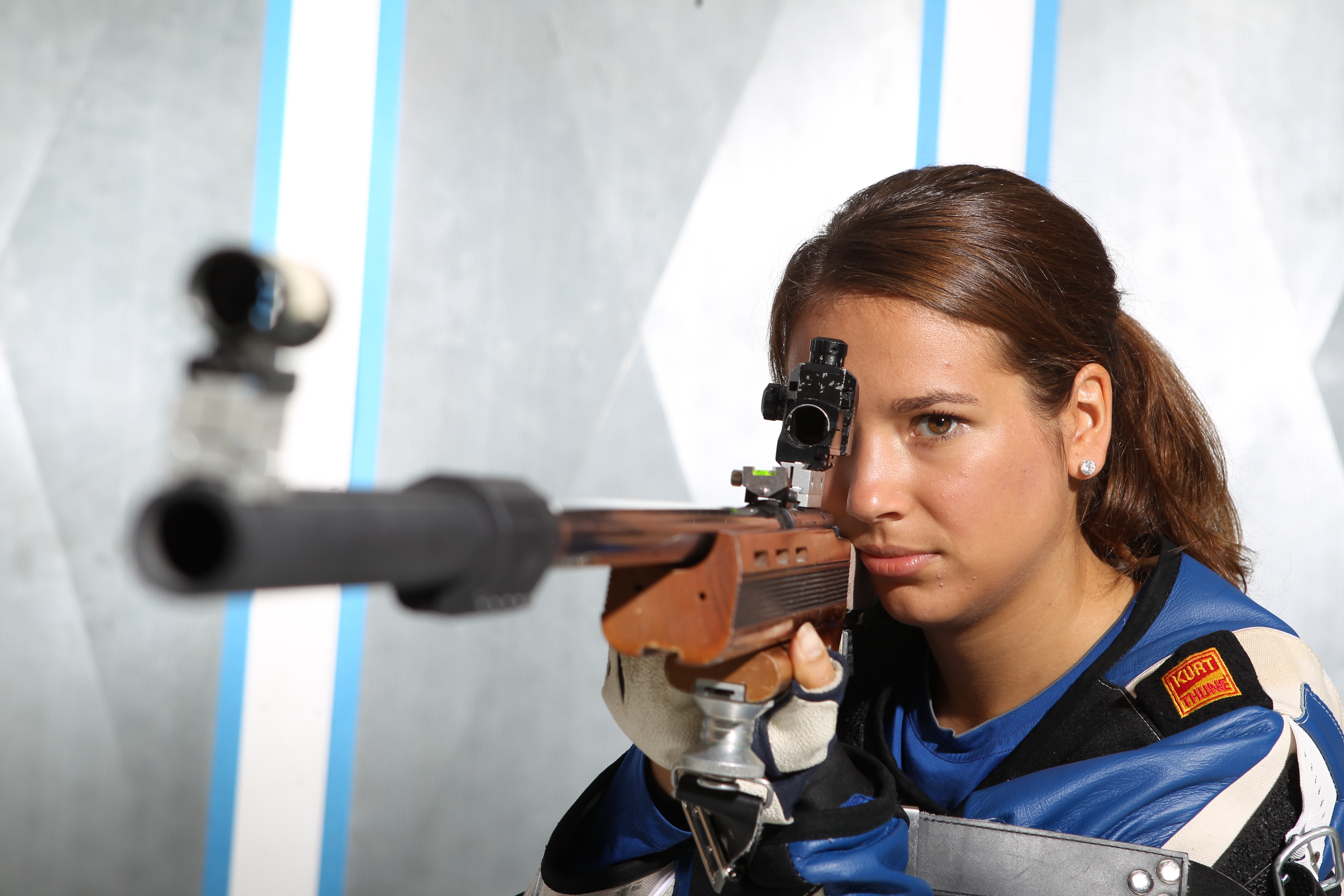 Majoring in biology with a minor in neuroscience, Holsopple boasts an impressive 3.491 GPA. The senior has been recognized academically by the Southeastern Conference all four years of her career, including the SEC First-Year Academic Honor Roll in 2010-11 and the SEC Winter Academic Honor Roll the following three seasons. Holsopple was also named Great America Rifle Conference Scholar-Athlete of the Year.

"As the awards continue to pile on for Emily, I can't help but continue to talk about how proud we are of her and all she has done over these past four years," Mullins said. "Emily worked tirelessly on the range and in the classroom, and it is always so rewarding to see that hard work come to fruition and the accolades that follow."

For her performance on the range, Holsopple racked up the awards nationally and within the conference. She was selected to the inaugural Lapua Coaches Association First Team All-America, recognizing her as one of the five-best aggregate shooters in the country, as well as NRA First Team All-America in smallbore and air rifle.

Holsopple has also spent many hours in community service, volunteering at the Salvation Army, United Way and packing meals for Haiti. She spent 10 days in Ethiopia during the summer of 2012 on an educational/service trip with other UK student-athletes, working with a church at a leprosy colony and helping at local orphanages.

After graduation, Holsopple plans to move to Colorado Springs, Colo., to train at the Olympic Training Center in preparation for the 2016 Summer Olympic Games in Rio de Janeiro, Brazil. Following the games, Holsopple plans to head back to school and work toward a Ph.D. in sports psychology.