(June 24, 2014) — A group of 15 first-generation University of Kentucky students is seeing blue across the pond this summer. In a course designed specifically for students who are the first in their families to attend college, the group is exploring global communication and business in London, England, led by Director of First Generation Initiatives Matthew Deffendall.

Throughout three weeks, spanning the end of June and beginning of July, the students will visit several international businesses and corporations in London. Throughout their journey, UKNow will highlight some of their experiences by publishing their blogs.

The class began their series of business site visits with the British Broadcasting Company, the BBC.

Below is senior biology major Danielle Middleton's blog about the experience:

Friday, we completed our first business site as we took a tour of the BBC site. Prior to the visit, I knew two things of the BBC.  First, that BBC is 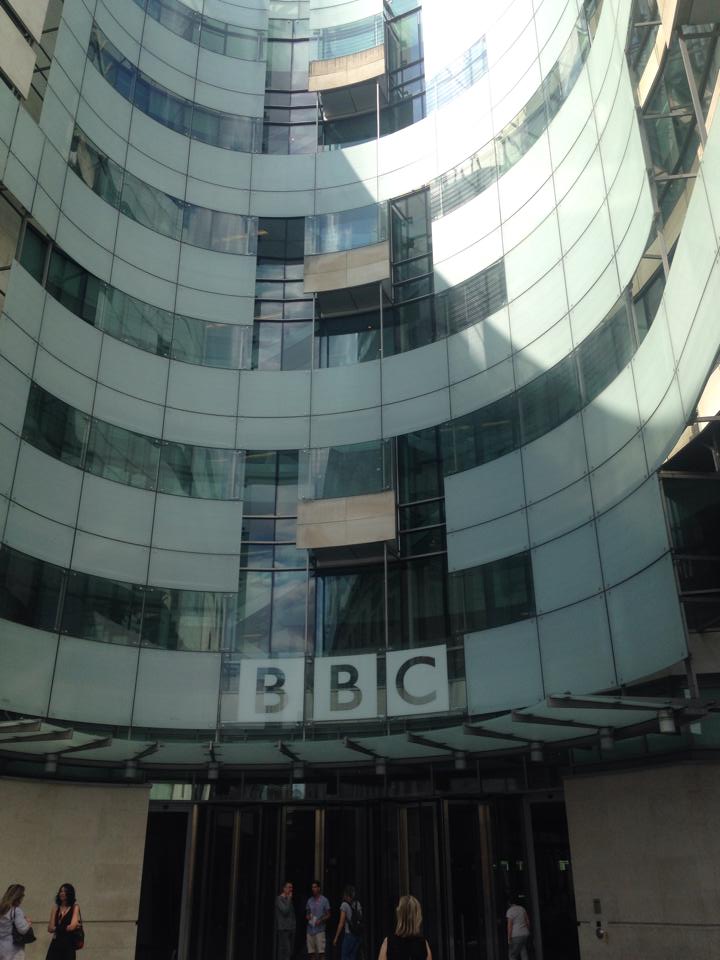 an acronym for British Broadcasting Corporation and secondly, that we owe our thanks to BBC for the television show "Doctor Who." After the visit, I can proudly say that I know more than two things!

I have always been taught the importance of a first impression; a lesson that I am sure was not lost on the designers of the BBC building. While making our way to the entrance we soon discovered that we instead were actually walking across the world. More specifically, the world piazza, as it is called is a collection of over 750 stone pavers each representing a place from around the world. Even more interesting, this map of sorts takes into consideration lines of longitude and latitude.  We were fortunate to locate Kentucky and other common names as well as some more uncommon places that we inevitably mispronounced. The world piazza served as a great introduction as it mirrored the BBC vision to essentially cover the world.

If I had to choose a word to describe my first minutes of the official tour, I would select the word 'concerned.' I can recall drawing a blank, with the exception of the mention of Tony Blair in the guide's opening. I questioned how I would be able to find both similarities and interests in something so seemingly different. It only took the next portion of the tour to change my mind. 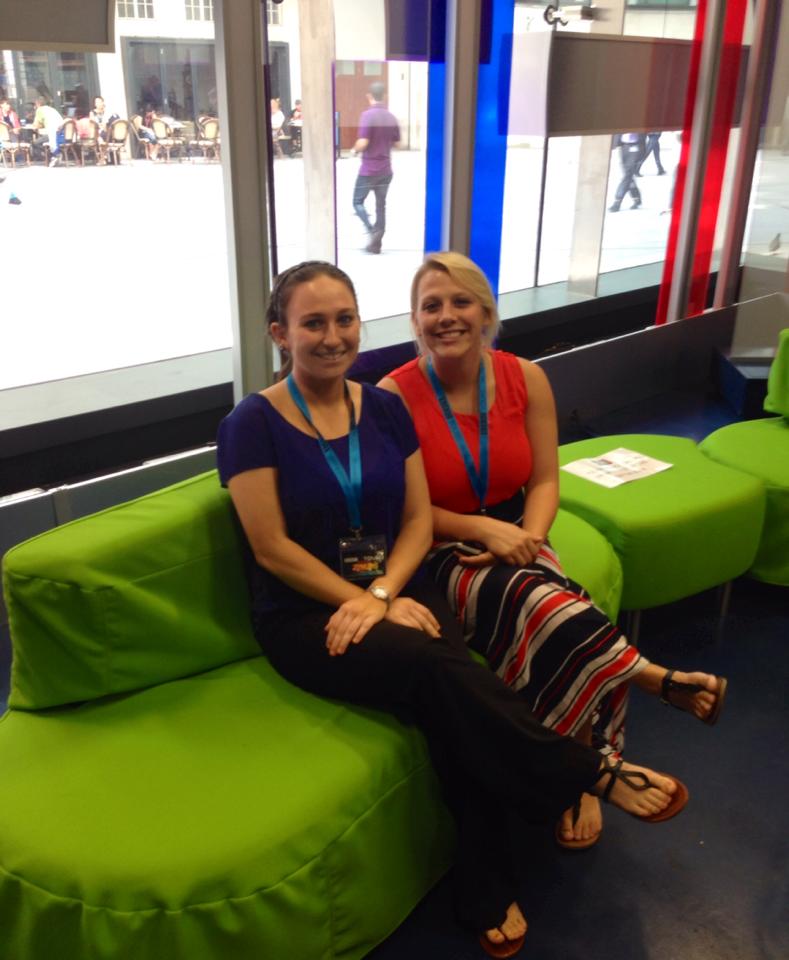 Our first full stop was a view of the newsroom and a look at the news market BBC caters to. While I have never toured a broadcasting station in the U.S., it is hard imaging one as grand as the BBC. The view from above revealed a large room bustling with workers. The glass barrier created an experience akin to a zoo as I observed the workers in their natural habitat. Some workers were collaborating with one another pointing at computers, while others seemed to be intently working alone at their personal stations. It was very dynamic and amidst all this motion we were assured both the domestic and international news stories were being produced.

It was at this stop we learned some general information about the BBC. We learned that this particular studio employed over 6,000 people while employing many others in different locations and abroad. Aside from delivering world news and political elections, the BBC also produced radio and television programs. We also learned that the BBC is funded primarily through grants and is commercial free. These latter bits of information were surprising as it offers contrasts to the U.S. system. The tour guide also proudly boasted that the BBC was about one-third larger than CNN, a figure I was shocked to learn.  The next point of the tour provided me with some similarities to the U.S. network systems.

At the next point we were given a glimpse into the BBC’s entertainment market, by taking a tour of the studio where "The One Show" is filmed. 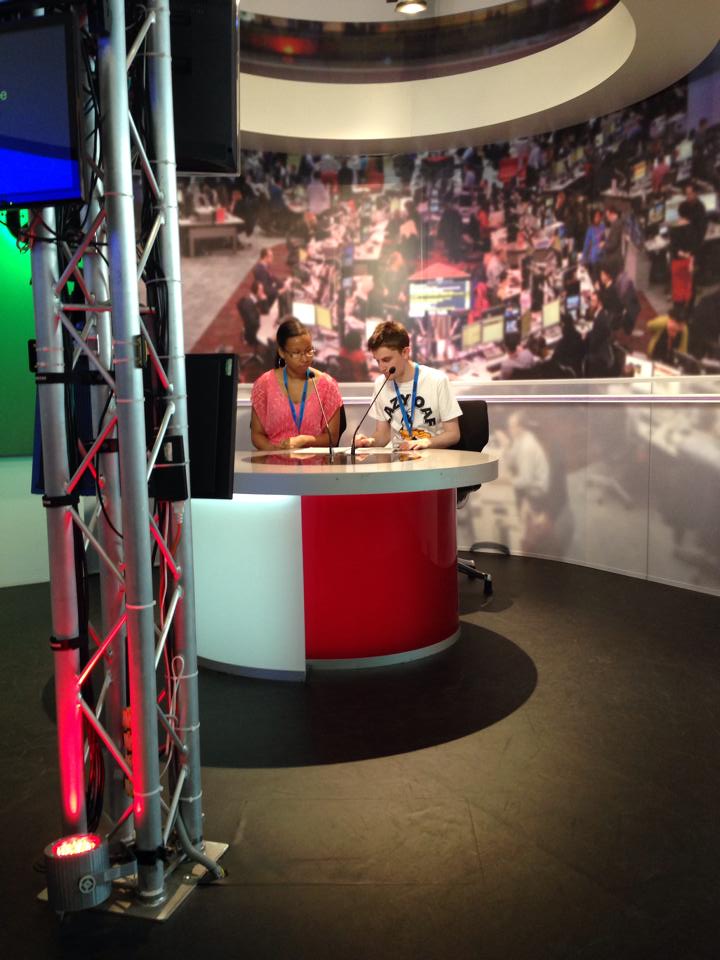 "The One Show" is comparable to a talk show and has had many notable guests such as Dolly Parton, Katy Perry, and many other political and international celebrities. After this point we were taken to a radio system. It was here that I learned one of the ways the BBC tailors its messages. A radio drama, something that seems a thing of the past in America, is still wildly popular in the U.K. For this reason, the BBC produces many radio dramas and even allowed members of our group to get a behind the scenes look while creating our own production.

Continuing on with the hands-on experience, our tour was also given the opportunity to participate in a mock news and weather report. It was during this early portion of the tour we learned about the way the BBC incorporates its message with that of the nations and places it represents. We were able to learn how local segments of weather are used to customize a general BBC broadcast. This is yet another way the BBC spreads its influence and coverage to the world.

Returning to BBC’s entertainment market, we were taken to a small theater that has played host to many popular acts wishing to receive great publicity in exchange for a very small fee. Among performers were Elton John, Bon Jovi, and Rod Stewart. Like American networks, the BBC seeks to appeal to large audiences by presenting a wide variety of political and pop culture figures.

Lastly, I remember learning a bit about the history of the BBC, as we took time in the tour to visit a building originating in 1932. I became familiar with the BBC’s original goal to expand from radio to television and then the halting of this goal as World War II approached. I also learned the important role the BBC played during the war to relentlessly deliver news to those areas such as France who were under occupation. From the past to the present, I learned a lot during the visit and had a great time.